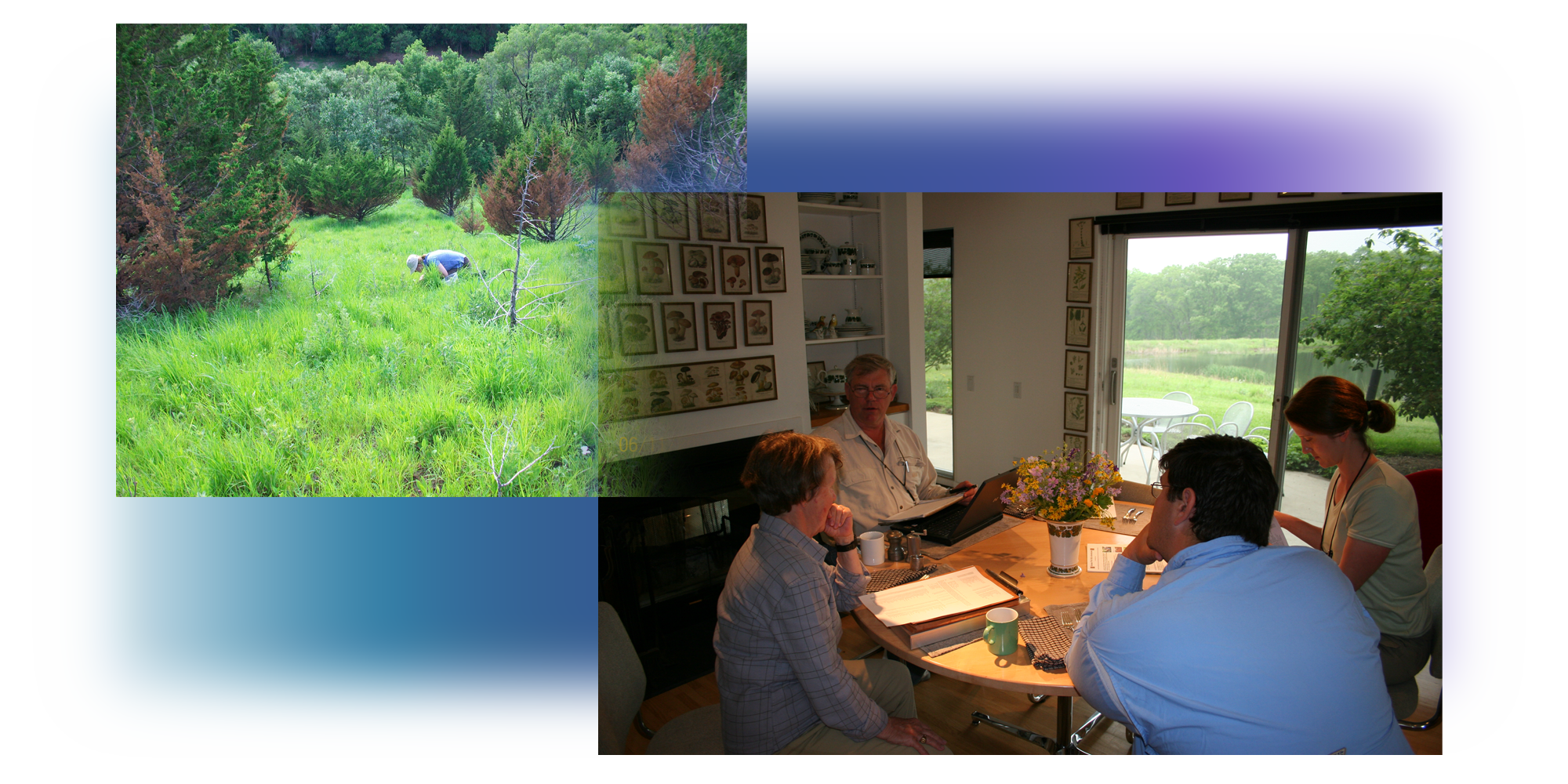 
"To stand at the edge of the sea, to sense the ebb and flow of the tides, to feel the breath of a mist moving over a great salt marsh, to watch the flight of shore birds that have swept up and down the surf lines of the continents for untold thousands of year, to see the running of the old eels and the young shad to the sea, is to have knowledge of things that are as nearly eternal as any earthly life can be."
— Rachel Carson

As Rachel Carson so aptly expressed, the human being experiences the wonder of the out-of-doors through our senses… and each in our own way. One important way to acknowledge this idea is to provide contextual information in the form of text, graphics and visuals (drawings, illustrations, photos).

CRI's interpretive projects are created in colloquium with our clients and a team of professionals to include graphic designers, and copywriters. We look to artists (photographers, illustrators), and artisans and craftspeople (metalsmiths, woodworkers) to create works with fine art quality, durability, sustainability, imagination and beauty.

Above are two examples of signage commissioned by Margot Mazur. The art on the left was hand-drawn by Nicole Andersson for the Akakwaa project. On the right is a glimpse of the streetscape with a sign explaining the "green" strategies CRI used in this West Union, Iowa project.

The entryway to the Akakwaa naturescape begins at a boardwalk built across a protected wetland. On either side of the boardwalk two signs have been installed to encourage a child's wonder over the great diversity of the plants and animals in the places we live, play, and work. As they look out over the wetlands they can begin to imagine all the innumerable dramas that live within their places.

To date (2014), Dr, Wilhelm has found more than 240 native species and the rare yellow ant, Lasius minutes, in the 5 Diamonds Wetlands.


A View from the Perspective of the First Peoples

Set on a vista overlooking the Akakwaa naturescape and surrounding wetlands, prairie and woods, a sign (shown above) with a series of hand drawn vignettes provide the children with an understanding of how Native Americans lived resourcefully, creatively, and respectfully in their places.

One of the most inspiring results to grew out of this project for CRI was a local effort that ultimately supported local craftspeople, local trades people, and local high school art students all of whom became involved in the design and fabrication of several decorative street elements from banners to trash receptacles.

Under the lead of Conservation Design Forum, Margot Mazur, as one of the project's design directors, worked with the City's art committee and West Union's local high school art and industrial arts departments to design decorative streetscape elements that included new street banners, railings, interpretive signage and bike racks. Design elements were inspired by a combination of local historical architecture, the ambient landscape, and stories found in West Union's Historial Society records. West Union is a county seat with a traditional historic downtown square where a classical grey limestone court house building sits on a hill that was once a prairie nob. The combination of classical architectural shapes and shapes from the surrounding prairies became the preferred inspiration for many of the designs in the streetscape.

Running on either side of the town are two rivers which are much loved old trout fishing spots for young and old in the surrounding area. The importance of the rivers to the citizens of West Union helped inspire locals to understand how to better care for their watershed. Part of that caring is being reflected in their waste water system that now returns the water that falls on their streets back into the ground and back to their rivers clean. Part of that system includes the use of permeable pavers. The importance of water and place showed up in that design as well. Mazur, once again used the combination of architectural and natural elements from the "place" for design concepts. The paver colors were drawn from the grey limestone on the old courthouse building. The dark color had the added benefit of heat collection for snow melt. In contrast, a local limestone of a lighter color was the inspiration for the vertical elements in the streetcscape like the bench seats along the sidewalk. To further reflect water on the streetscape, what could be saved of the beautiful old grey mauve paving bricks from the original streetscape were re-purposed to create runnels for excess water from the rain gardens in a large rain events. At the north end of the streetscape the old pavers were used again as a faux representation of an "Ozark Bridge". These water bridges are commonly used by farmers to cross shallow rivers and streams.

The pride and economic development that occurred as a result of looking to both the natural and human resources of this place is a testament to how local can work to the great benefit of our places and our people.

The Root River Project is an attempt through a series of posters to explain the relationship that the people of southeast Wisconsin have had with the watershed of the Root River since the time of settlement. Each poster follows four attributes of the cultural relationship with water over time… food, transportation, shelter, and land use. The exhibit illustrates how the consequences of our choices have affected our woodlands, cedar swamps, prairies, and wetlands and reveals how the well-being of the river is a reflection of the health of the land upon which the rain falls.

A watershed is the source of water for a stream, river, or lake. In a healthy Midwestern landscape every square foot that receives rain water absorbs it. In our region, we receive about 37 inches per year, so one square foot of land receives about 23 gallons of water per year. As soon as rainwater enters a healthy soil, it begins to seep laterally down gradient until it emerges into the course of a stream or basin of a pond. A constant flow of 1 gallon per minute emerging from a spring or seepage area amounts to about 520,000 gallons per year, to the healthy soil of a watershed can provide a lot of water to a river. Because the water moved through cool soil, the emerging water is cool and clean.

Landscapes damaged by poor agricultural practices, most lawns, or thoughtlessly designed roads and buildings can prevent rainwater from going into the ground, so the water runs off the surface of the watershed and debauches dirty, suddenly, and often quite warm to the lakes and streams. Such conditions are instrumental in causing the floods, loss of aquatic life, and diminished water tables that are so ever-present today.

While our language has a separate word for "river", the river is actually its entire watershed. The quality of our surface waters is directly correlated to the quality of our culture's relationship with their watersheds. Attempts to clean our rivers and lakes and restock and restore them with a diversity of living things cannot be successful until we address the quality of the soils and cultural infrastructure in the watersheds that nurture them.

Shown are 4 of the 10 posters in this series which explains how people have impacted the Root River watershed since the time of settlement. The exhibit concludes with a vision of how water could be better used for the future.